Palestinian foreign minister Riyad Al Maliki hailed the decision of the UNITED NATIONS HUMAN RIGHTS OFFICE to issue a report on companies which have intricate ties with illegal Israeli settlements in the occupied West Bank as a “Victory for International law.”No doubt the report will greatly annoy Israel and its blind and main ally, the United States of America.

What is the report about? The United Nations body said it identified 112 commercial companies which it reasonably believes have strong ties with Israeli settlements. All the Israeli settlements are gross violations of the International law.

The companies are domiciled in:

Some of the companies which have been named (we must not be scared to use the verb “Shamed”) are :

The UNITED NATIONS report comes from a resolution passed in 2016 by the UHRC calling for a “database for all businesses engaged in specific activities related to Israeli settlements in the occupied Palestinian territory.”

There are around 600,000 Israeli settlers who live in the occupied West Bank and Israeli annexed East Jerusalem.

It is importance to note that article 49 of the FOURTH GENEVA CONVENTION (adopted in 1949) says that occupying powers shall not transfer their population to occupied territories.

What will be the consequence of such a report?

According to Palestinian leader Mustafa Barghouti “the report will reinvigorate the International movement BOYCOTT, DISINVESTMENT and SANCTION or BDS and its allies who seek to boycott companies and businesses who are deemed violating International law by operating in the occupied territories. This report will have a very big impact because it will encourage Palestinians and others around the world to increase their boycott of these companies.”

The BDS movement was launched in 2005 by Palestinian civil society organisations calling for the International community and every person to boycott, disinvest from and sanction Israel. The movement has drawn its inspirations from the struggles of the anti-apartheid movement world-wide.

And in the same view Israeli Prime Minister Benjamin Netanyahu said on Thursday that the UNITED NATIONS RIGHTS COUNCIL is a “biased and uninfluential body.”

So what must be done for the report to become influential? The listed companies should be given a scheduled time to leave the Palestinian lands and failing which they should be :

Prime Minister of Palestine Mohammed Shayyed has, on the otherhand, demanded that “they immediately close their headquarters and branches inside illegal Israeli settlements because their presence contradicts International and UN resolutions.”

The Palestinians need your support to succeed … Boycott! 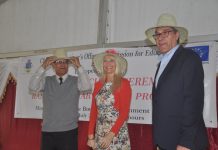 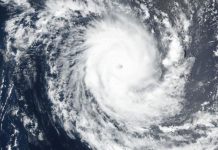 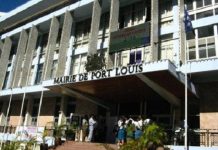