According to a recent Gender Report based on domestic violence, it costs the State Rs 1.4 million annually. 24% Mauritian women are victims of violence. 23% Mauritians confess that they have badly treated women. The recent  report of the Mauritius Research Council on domestic violence is very alarming.

It is reported that over 1,400 men and women have participated actively at this study. According to the report, women are victims of violence physically, verbally and emotionally.

The most common violence against women in Mauritius is domestic one which, in most cases is not reported to the authorities concerned. Hence, according to many Women Organisations, the figures do not reflect its reality. The report stipulates, contrary to other countries, that only 2% of domestic violence are covered by the media and are made public.

Wife beating was associated with an early age of marriage, low income, low standard of living index, alcohol consumption of the batterer and large families in small dwellings.

In the rural areas and suburbs of Mauritius 40.7% of women had been physically, verbally, emotionally or sexually abused by their partners. Many women have reacted in a submissive manner and 79% of abused women had been married for more than 10 years.

A close correlation between domestic violence and suicide has been established. In Mauritius the number of suicides by girls and women between 15 to 24 years old is fifty five times greater than the number of deaths due to pregnancy and child birth.

There are distressing statistics. Definitely it’s time men begin exploring those ways in which they continue to perpetuate the myth that women are the “property” of their husbands and “sex objects”.

Domestic violence is regarded as a “private issue”. While all of us know that it’s not true, nevertheless, that myth is deeply embedded in our socialization. Men can play a crucial role in helping to stop domestic violence.

Men are already an integral part of the community that supports and interact with families dealing with violence. The majority of them are judges, police officers, and doctors who work with families in crisis. Some men are the neighbours, friends, and family members who support victims by reaching out and lending a hand.

And yet, it is sometimes hard for men to join the fight against family violence. They may believe it is a woman’s issue or a “private” issue and that they are not supposed to get involved. But family violence is everyone’s concern, and there are many opportunities for involving men in making communities safer.

Domestic violence and abuse does not discriminate; it happens among heterosexual couples and in same-sex partnerships. It occurs within all age ranges, ethnic backgrounds, and economic levels. And while women are more commonly victimized, men are also abused—especially verbally and emotionally, although sometimes even physically as well. The bottom line is that abusive behavior is never acceptable, whether it’s coming from a man, a woman, a teenager, or an older adult. You deserve to feel valued.

Domestic abuse often escalates from threats and verbal abuse of violence. And while physical injury may be the most obvious danger, the emotional and psychological consequences of domestic abuse are also severe. Emotionally abusive relationship can destroy you, lead to anxiety and depression. Once you acknowledge the reality of the abusive situation, then you can get the help you need.

Can a husband rape his wife by law? Such an issue is not clarified in the Domestic Law voted by Parliament some time ago. The law needs to be clearer on that 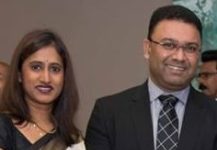 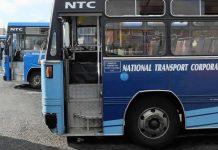 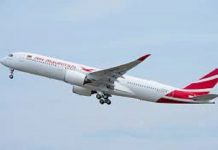