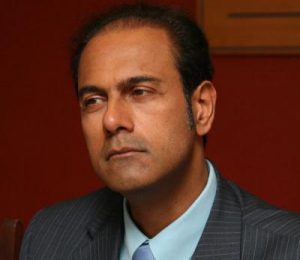 I would slam the door after having been disowned by your leader and his followers, although the motion of blame has been shelved but 21 of your colleagues voted in favour of that motion, and therefore against you. It would be hypocritical of them to speak the contrary now. Today you know where these people stand and you will not be able to count on them if ever you speak your mind bluntly again. But you have opted to stay put to set the stable which has registered a series of defeats in row in order. This is your decision which we hope will be a wise one. But beware of the wall in front of you. If BP has backed up massively Paul Bérenger against you (with the exception of seven), it is clear that in future these people will be on the side of their leader against you. I wonder if you are not fighting a losing battle in your attempt to put your Party back on the rails again!

It is clear that since the thumping defeat of your Party in December, 2014 «Le courant ne passe pas entre vous et votre leader. Et pourtant vous étiez partie prenante de cette alliance comme vous le dites vous-même dans votre interview. When Paul Bérenger contracted that alliance with Navin Ramgoolam you and others followed him blindly, thinking that they would «balier karo» and then to become wiser after the walloping defeat which was caused by the growing unpopularity of Navin Ramgoolam― « Comme si vous découvrez l’Amérique sur la carte du monde. » Your leader was completely blinded by a five-year primeministership and you helped him to achieve that dream which unfortunately turned into a nightmare.

I have the feeling that after the December rout of your party, inwardly you have cursed and held your leader responsible for the rout because Remake 2000 was a dead winner, and which explains your coolness vis-à-vis your leader and your absence in the picture of the Party for its weekly press conference. Since December, 2014 you have chosen the shade instead of the limelight of the Party which speaks volume of your attitude vis-à-vis your Party and its leader.

We all know where the MMM stands today on the political chessboard. With the December by-election where the Party bagged only 14% of the votes has underlined the steady decline of the Party, « surtout dans le ville de Quatre-Bornes qui a vu la naissance du Parti. » It is obvious that the Party is politically ill. « Il faut sauver le Parti comme vous dites » before it takes a turn for the worse. But unfortunately so long as the Party along with its leader remains impervious to criticism and does not reinvent itself the popularity of the Party will continue to fritter away.

I have the feeling that you are fighting a lost battle, Mr. Obeegadoo. You have already had an inkling of what is in store for you inside the Party. You are wasting your time. Why don’t you join another Party which will do justice to your competence? MMM will not win any election as it stands today. The Party is on the downward trend, and the December by-election has cut Party to its exact size.

« Le MSM est le parti d’avenir.» Join it since the other parties do not stand the ghost of a chance for the elections 2019/20. « Na pas res dan corbiyar. Rante dan karoce! » Don’t forget that wise saying of W. Shakespeare: «There is a tide in the affairs of men, which taken at the flood, leads on to fortune.»

Ponder over it and act! 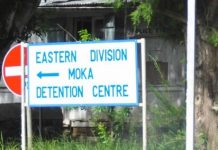 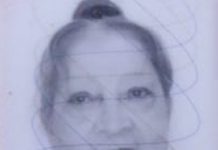 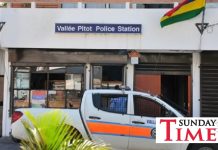