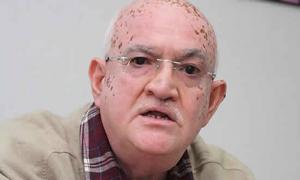 In an interview in a weekly paper last week Rajesh Bhagwan said, I quote: «Si le MMM contracte une alliance avec le MSM, il va disparaître de la scène politique,» et de conclure son interview que « le match sera entre le Ptr et le MMM» for the next elections. Either he does not know what he is saying or he is dreaming with his eyes wide open. With a Labour Party which brought the country down on its knees for 14 years and the MMM which has become a mere wreck of its former self will be the main protagonists for the General Elections 2019/20 to the exclusion of MSM and other parties! Rajesh Bhagwan gives us the impression that he is drivelling. He and his leader talk like a novice, like someone who is totally switched off from the electoral realities. He feigns not to know that no political party has won a general elections in solo. Political alliances are simply a part of the election campaign to bag the maximum votes. This is a reality which Rajesh Bhagwan has to bear in mind that it is the rural areas aided by communalism, casteism and other ‘isms’ which decide the outcome of the polls.

The rural areas have always voted a political party with a Hindu leader, as Prime Minister. This is the reality, whether we like it or not. It will always be so. Closing our eyes to it is tantamount to distancing ourselves from the reality. Either Rajesh or Paul speaks for the gallery or they pretend not to know the reality.

I wrote about it, and at the risk of repeating myself: « Soté, pilé, danse kot zot kontan, MMM/MSM sont condamnés à aller ensemble aux élections 2019/20 », unless Paul and his Party take the risk of going to the polls alone and « rante dan karo kan ankor. » But I firmly believe that at the end of the day, Rajesh and Paul will be compelled to come to terms with the reality to avoid another thumping defeat.

In a three-cornered battle ― Labour Party, MMM and MSM ― Paul Bérenger and his Party do not stand the ghost of a chance of winning the elections. He will be fighting a lost battle― trying to snatch victory out of the jaws of defeat. Let us face the reality! Bérenger is persona non grata as Prime Minister in the rural areas. MMM with Paul Bérenger is not the pulling power with the rural electorate, which usually makes the outcome of the polls. His hindu adversaries, with the helping hand of the ‘socioculturels’ « pou tire so manzé.»

If Bérenger has made History as the Prime Minister of the country, it is thanks to Sir Anerood who shared his primeministership (2000-2005) with him. Alone, Bérenger would have never been elected PM of the country. This is the reality which we have to live with and take for granted, like the bad weather.

So l would advise the trio Paul, Rajesh and Gunness to water down their declarations against the government because at the end of the day they will be compelled to sit at the same table for the general elections 2019/20 unless they want to be in the political wilderness again for another five years. Have some decency. Don’t spit in your soup to swallow it after, although we know that our politicians do it in order to achieve their ends. 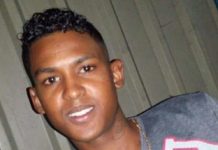 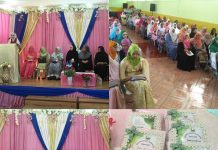 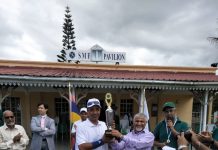 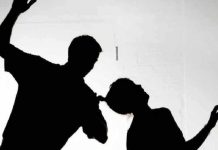