At a prize giving ceremony at Medine Camp –de- Masque on Sunday the 19th November 2017 held by a Muslim Association, the Prime Minister & Minister of Finance kept blaming the Leader of the Opposition, for having handled the video tape containing the comments of a communal nature made by Showkutally Soodhun at Bassin.  The PM is definitely barking at the wrong tree as instead of criticising the action of the Leader of the Opposition, he should blame his own ex- VPM Soodhun.

The recent appointment of PPS Roubina Jadoo-Jaunboccus as Minister of Gender Equality Child Development & Family Welfare by the PM is a terrible miscalculation and very unfair at the expense of other MPS in his party. There is a sword of Damocles hanging over the head of the new Minister Jadoo-Jaunboccus regarding his unsolicited visits to 37 prisoners at one go and in the same day at the Prison which is subject of a Commission of Inquiry. It would have been appropriate for the PM to wait for the conclusion of the Commission of Inquiry before deciding over her appointment as Minister. But he did not do so !

The mother of all scandals done by ex-PPS Kalyan Tarola has shocked many decent citizens of this country. Such a grossly indecent exposure of his personal anatomy on an ITC Network in the vicinity of Parliament by using the wifi of the said Parliament is unacceptable and very damaging. And yet no sanction has been taken against Tarola by the Speaker. According to lawyers, there is a prima facie case of contempt and outrage done in our National Assembly . So far no action has been taken by the Speaker. If all these events mentioned above are not considered seriously as repressive and an abuse of authority how does one call this then?

Talking about repressive system under this government, what about the repressive law on the Compulsory Acquisition of Lands which have victimized many poor residents, poor traders whose homes and business premises have been pulled down and where their lands were seized in order to make room for capitalist development such as the Metro Express. We have in mind here the recent case of La Butte, Barkly and Arab town.

There is something dangerous and unconstitutional going on in our back by this government since the Jugnauth government took power in 2014.  The MBC is and has never worked for the general population of this country. We hardly find up to date current news and “faits divers” in its daily news bulletin apart from a parade of government politicians bloating and boasting about their so called performance. The MBC is forcing on our throat government propagandas in its daily news bulletin instead of giving us real news

We have to look further than our nose and assess the political strategy of the Jugnauths in consortium with certain high class profiles that keep helping the MSM in the dark. When this government tried to tamper with the constitution of the country by trying to create an illegal department such as the PROSECUTION COMMISSION to marginalize the function and independency of the Director of Public Prosecution, there was a general hue and cry among the population.  This has caused a rupture in this government where the PMSD left the Jugnauth government due to the Latter’s repressive method of governance.

Let us outline certain signs and symptoms on the part of this government about how they want to secure power and maintain a certain element of repression which the police are practicing on their behalf by tearing the flags and banners of the Labour Party at the inauguration of a sport complex at Parisot in Vacoas some time ago. 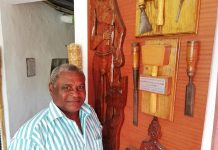 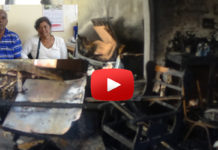 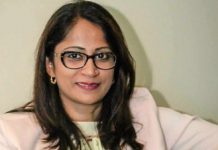